Posted at 06:59h in SPEC Expedition by Rob Swan 0 Comments 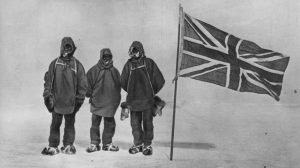 For Barney the journey took 56 days, 600nm and as much courage as he could muster. At just 23 years old, this was an epic journey for a young man with little polar experience but so much knowledge from his 61 years old father Robert Swan O.B.E. Who is the first person in history to ski to both the North and South Poles. Barney had the support and guidance of two incredible human beings; Kyle O’Donoghue and Martin Barnett. Without them Barney doubts he would have completed the journey.

For Robert Swan the journey started back in 1986 on his first expedition to the South Pole – in the Footsteps of Scott. Now 32 years later this may have in fact been the longest ever Expedition to the Geographic South Pole. A successful journey completed using only renewable energy to demonstrate how, even in the most harsh environment on earth, we can survive on alternative fuels.

We thank all of our kind and generous sponsors and supporters for giving us the opportunity to inspire and engage so many people in this mission.

Amundsen’s team became the first to ever reach the South Pole on Dec. 14, 1911. Scott and his team neared the pole about a month later. On Jan. 16, 1912, they found a flag in the snow from Amundsen’s expedition. Scott and four other men reached the pole the following day, greatly disappointed to have been beaten. Scott wrote in his diary, “Great God! This is an awful place and terrible enough for us to have laboured to it without the reward of priority.”