World renowned explorer Robert Swan, OBE, has experienced some of the harshest environments on the planet, becoming the first man in history to walk to both poles in the 1980s.

In November 2017, Robert and his son Barney Swan embarked on the first-ever expedition to the South Pole powered solely by renewable energy, including advanced biofuels provided by Shell.

Throughout the duration of the campaign, the expedition has been brought to life through an earned media and social media programme. Please see below a summary of this campaign and what is to come.

To date, a total of 398 pieces of coverage have been generated in the SPEC programme, reaching an estimated audience  570,000,000+ people around the world.

92% of this coverage references Shell’s role in the expedition.

To mark the completion of the expedition, as well as mark the 32nd anniversary of Robert’s first trek to the South Pole, Robert and Barney Swan will participate in a media day in London with number of broadcast, print and online media.

Robert will also speaking at the 48th World Economic Forum in Davos to over 25 business leaders on Thursday 25 January , at a dinner hosted by Richard Edelman.

Robert Swan announces his departure from the expedition and on ice interviews with Barney Swan:

To communicate Robert’s decision to leave the expedition in the capable hands of his son Barney, as well as mark the expedition half way point, four exclusive media interviews were organized with both Robert and Barney over the holiday period.

Robert and Barney spoke to The Times (print and online), Sky News, BBC World Service and ITV News, reaching a combined audience of 2,848,560 people. The story was also featured on the ITV News Twitter page to an audience of over 2,000,000 people.

The story was also picked up by the following publications:

The South Pole Energy Challenge was launched through a tailored media programme that consisted of a press day and broadcast interviews with Robert and Barney Swan, and eight international and national top-tier media outlets including Sky News, BBC and Reuters.

In conjunction with the targeted interviews, a wider outreach was conducted to UK and US media titles.

In addition to the face-to-face interviews with the Swans, the story was also explained to the wider media through a tailored outreach to a range of general news, science/technology and lifestyle publications. This generated 20+ pieces of coverage.

Coverage from the media outreach includes:

The Reuters piece that was put on the text wire was picked up 20+ times by online titles such as USA Today, Business Insider, Mail Online and the Times of India.

The SPEC media release was also distributed on PR Newswire in the UK and US and published in 315 publications to a potential audience of87 million+ people through titles such as Yahoo Finance, The Business Journal and NBC12. 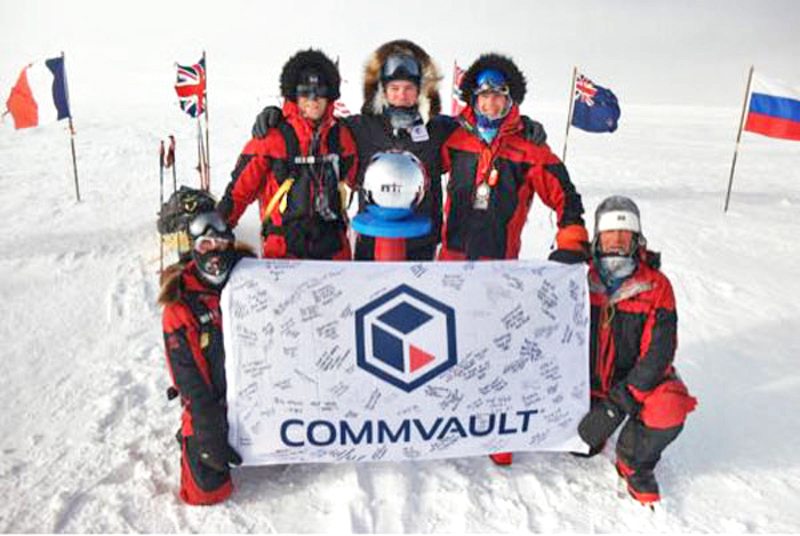 After 56 days skiing over 600 miles, the South Pole Energy Team has reached the South Pole. Pictured here with Commvault CMO Chris Powell, who joined the team for its last week and final 60 miles, at the South Pole with Commvault flag signed by employees from all over the world. Current weather at South Pole: Windchills -37 Celsius… true temp -28 Celsius! Commvault serves as the official Data Partner for the expedition organization 2041foundation.org, assuring all data is protected. (PRNewsfoto/Commvault)

The core themes of the content pieces focus on the technology and innovation behind the renewable technologies used in the expedition, the human story of a father and son expedition, heritage of Shell supporting extraordinary journeys, as well as highlighting there is no silver bullet to the challenge of transitioning to a low-carbon energy future.

The campaign has already exceeded its KPI of 900,000 engagements on social media. Results so far across owned social channels include… 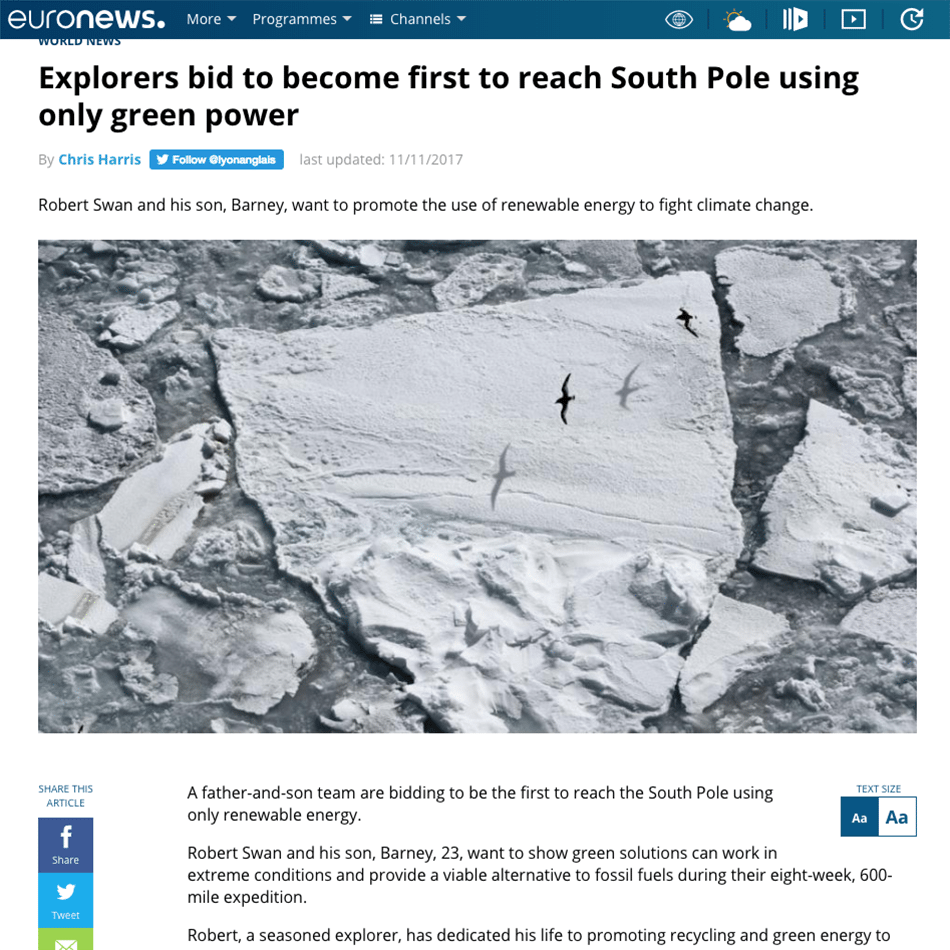 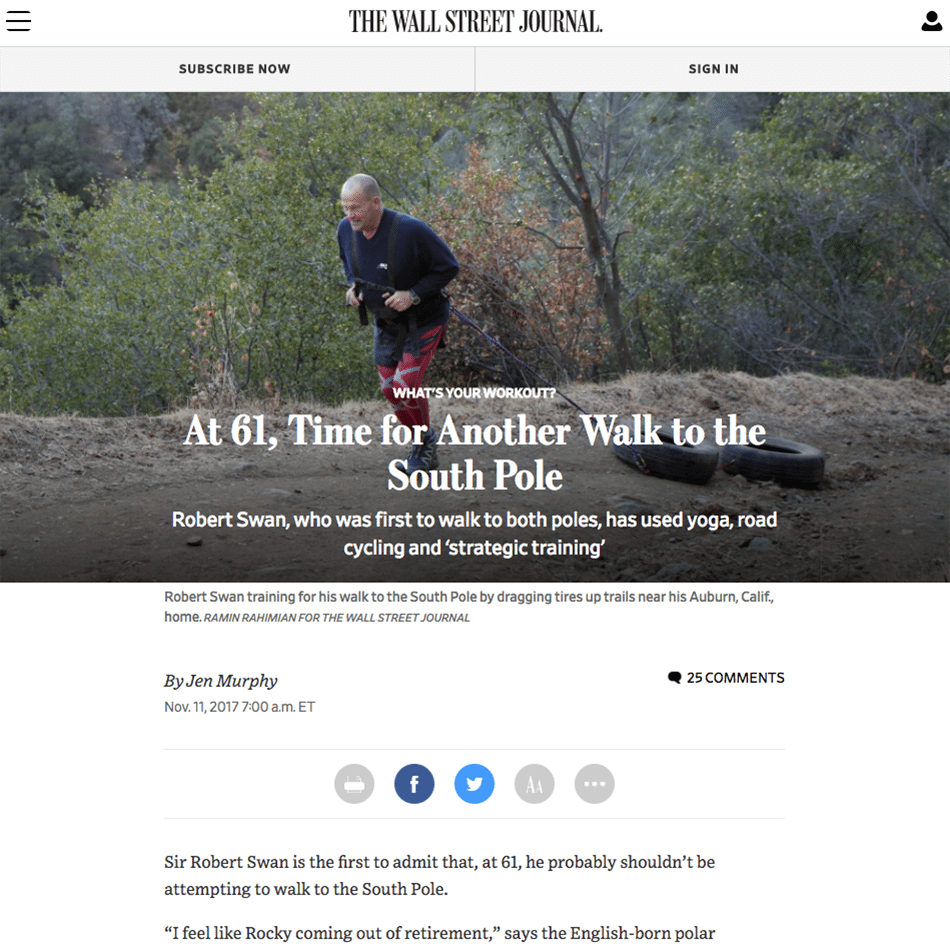 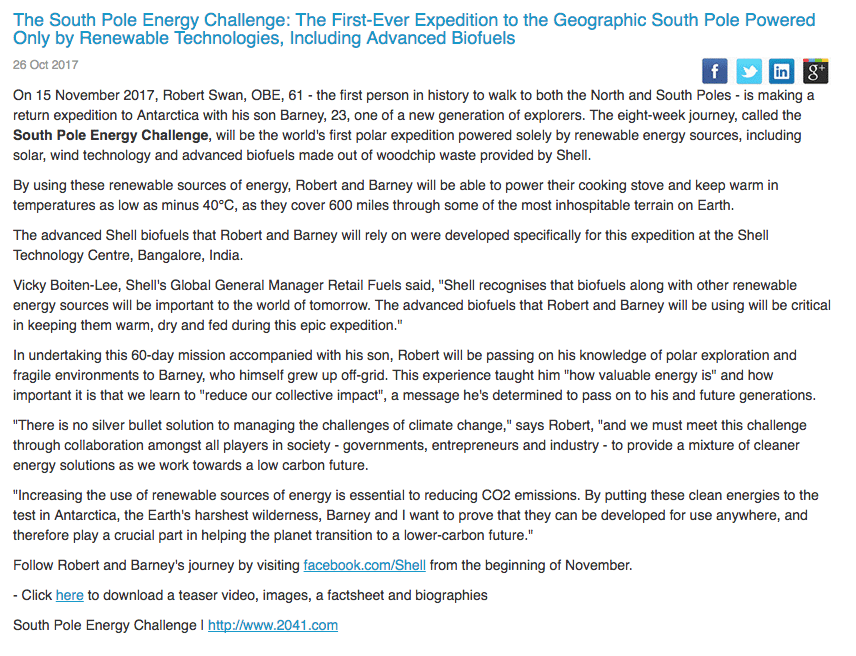 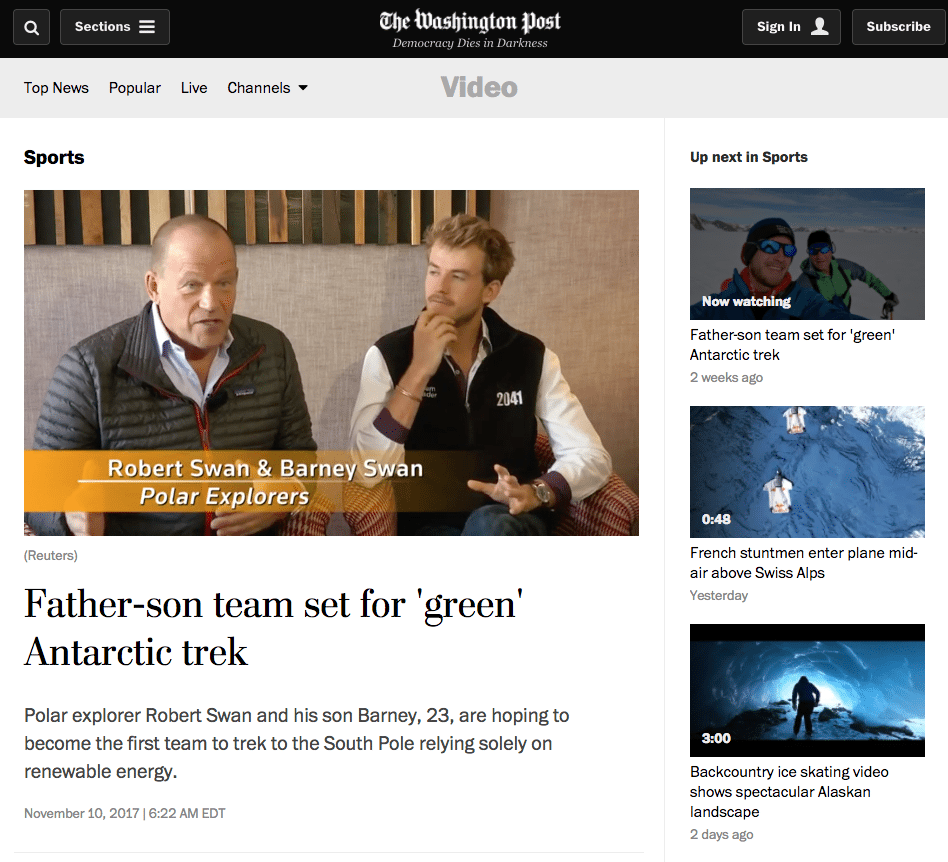 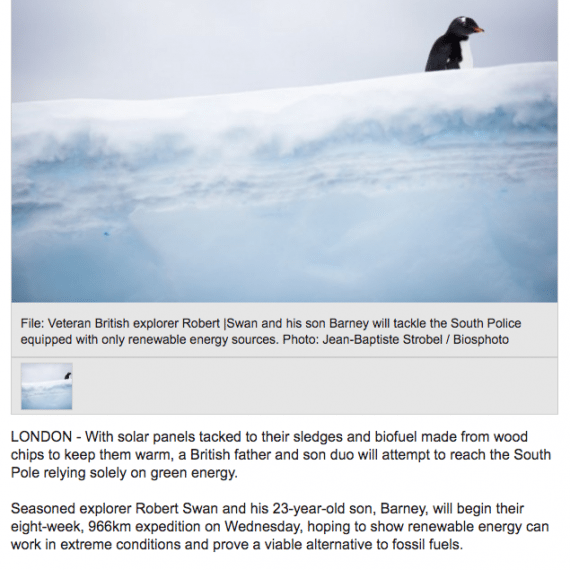 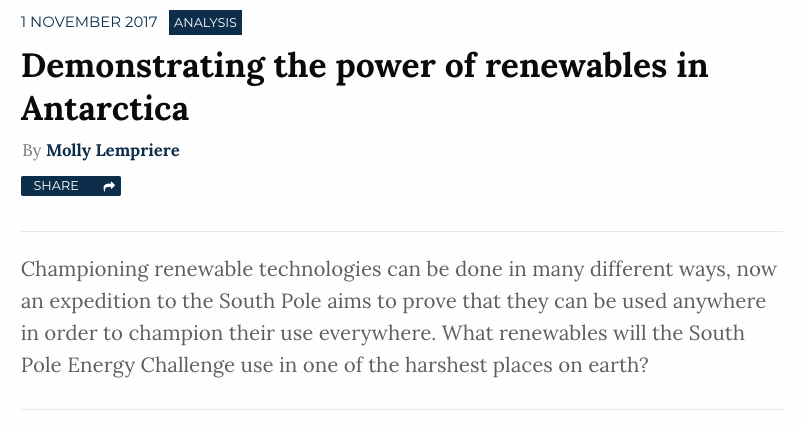 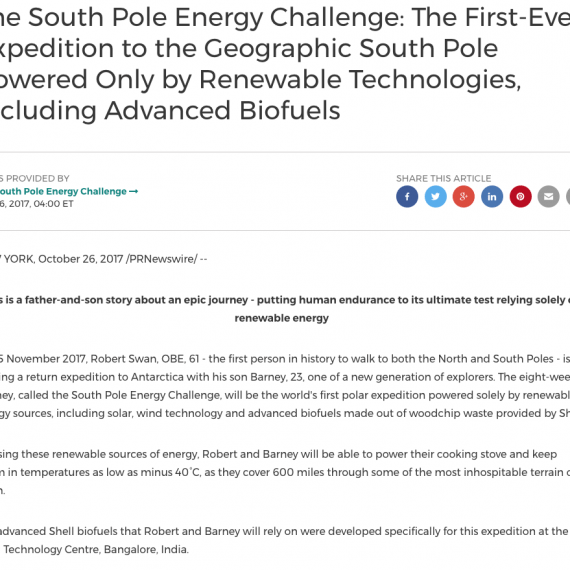 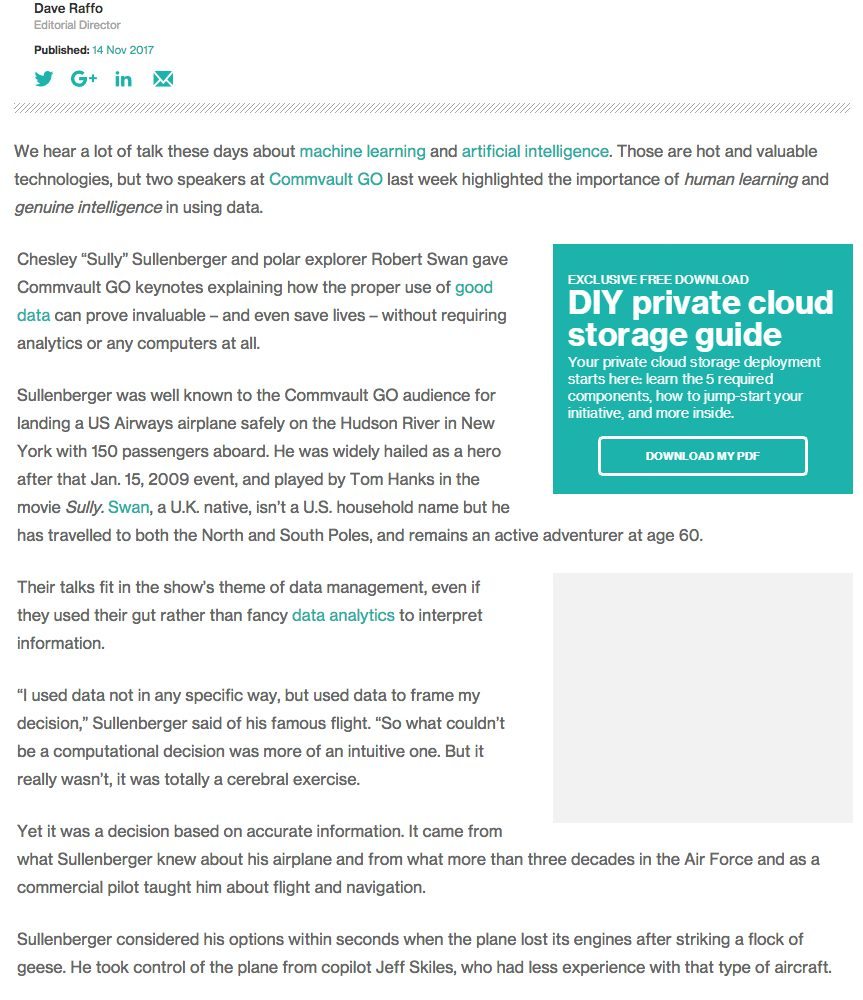 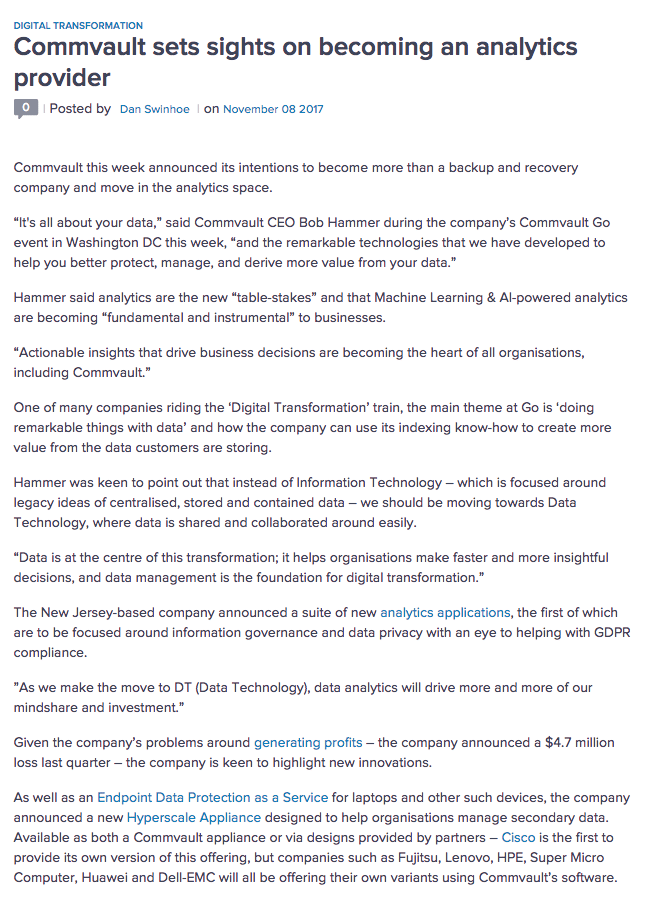 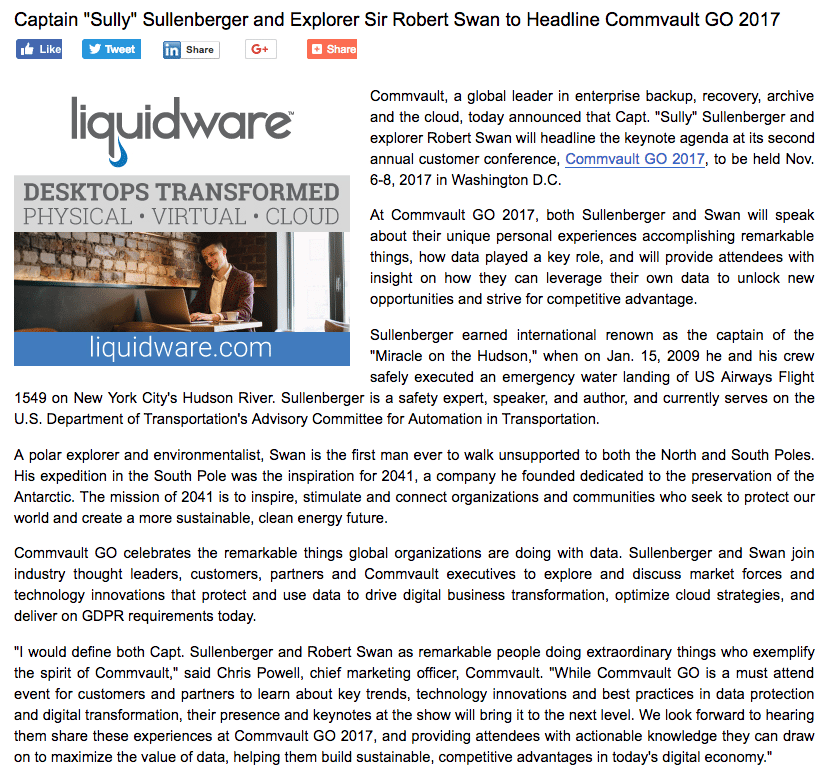 How To Go On The Snow

Robert Swan returns to Base Camp

What inspires a South Pole expedition?