Posted at 19:01h in SPEC Expedition by Rob Swan 0 Comments 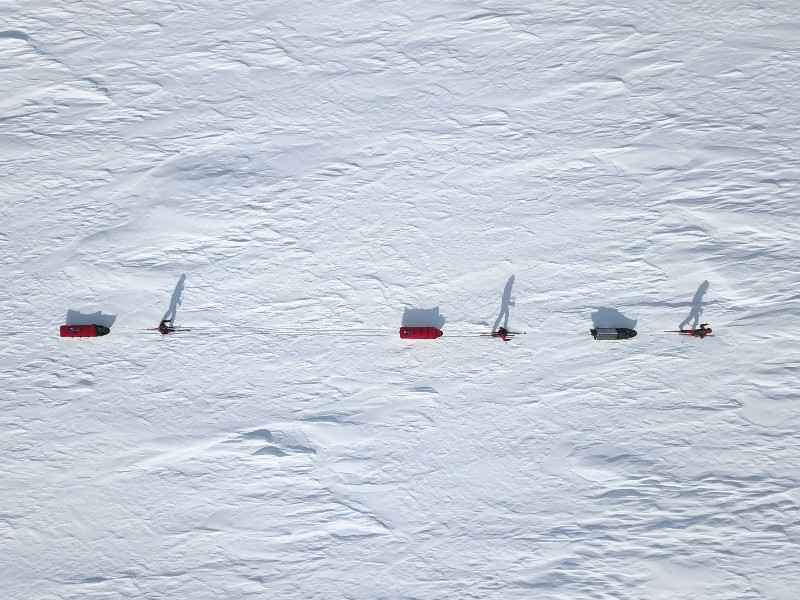 With no wind today, this icy continent appeared almost friendly. The Team were jolly, making jokes and acting as though Christmas had come early.

The snow conditions are still rough though with patches of high sastrugi slowing us down and yes….that sled still hitting me from behind several times a day! Still we covered 9.1nm today. I am still well behind but proud of my progress.

To our left, we could see the Pensacola Mountains – which were originally connected to the Ventana Mountains near Bahía Blanca in Argentina, Cape Fold Belt in South Africa, the Ellsworth Mountains (West Antarctica) and the Hunter-Bowen orogeny in eastern Australia. Yes,  once this land was all connected. Seeing the mountains as we passed felt like a mirage. Every day has just been white and flat. We had the drone out today and captured the attached image. What an incredibly different perspective a drone can provide.

I think of Antarctica and how much we don’t always remember about this incredible continent;

So why save it…. Take a look at my TEDX talk from 2014 and hopefully you will support what we are trying to achieve…