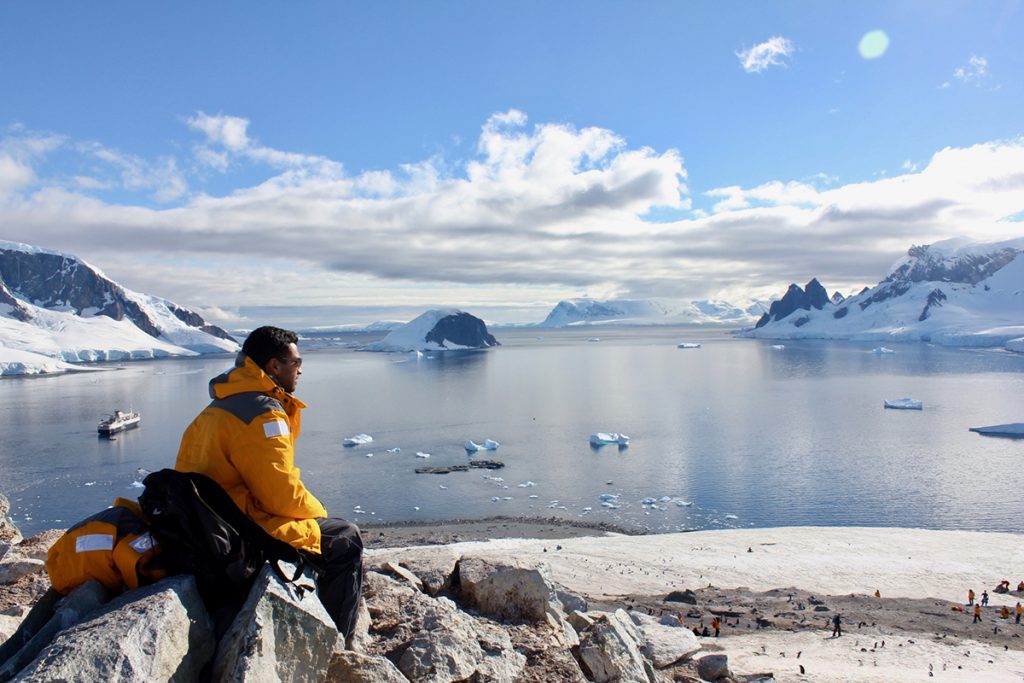 “It’s a dangerous business… going out your door. You step onto the road, and if you don’t keep your feet, there’s no knowing where you might be swept off to.” – J.R.R. Tolkien

Back in grade school, Antarctica was a curious white landmass at the bottom of the map, innocuous and unassuming. It was a shape without which the countenance of the Earth would surely look naked, but in my mind, the thought of Antarctica conjured images of desolation – an alien planet that was unwelcoming and barren of life. All of this changed when I had the opportunity to join the expedition of a lifetime, as we journeyed to the last untouched wilderness on Earth. 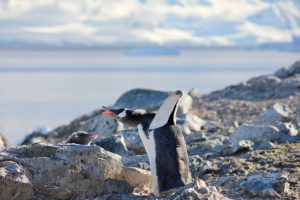 Antarctica is a carnival for the senses – a rush of stimuli that confound each other, full of seeming contradictions and lessons that cannot be simplified. Frigid, icy vistas juxtapose against teeming biodiversity and the energetic frolic of penguins. The tiny krill and salps that can fit in your hand draw a stark dichotomy to the magnificent humpback whales, which surface with explosive puffs of mist erupting from the water. We witnessed small penguin chicks embarking on their life journeys, waiting to be fed by their protective parents, but later watched in silent amazement as sea lions torpedoed to the water’s surface, thrashing about with struggling prey locked in their jaws.

In many ways, I came to Antarctica seeking to satiate a few ambitions. I craved a sense of adventure, journeying to a place that few men and women are privileged to venture – that too with the decorated polar explorer, Sir Robert Swan. I wanted to experience the wonder of a world that defies every notion we hold to be true. How can a place be devoid of conflict, war, or the smog-belching world activities that have become the fingerprints of humanity? It also was my solution to answering my questions around climate change – a politicized riddle, subject to the jockeying and rhetorical tactics of the world’s leaders. I was going beyond the discourse, and straight to the source, to see reality for myself.

All of these ambitions were certainly fulfilled, but I came away with something unexpected from the expedition – a feeling that hits you at your very core, unlocking a primal feeling that you are part of something bigger. Even months removed from the journey, when I close my eyes, I harken back to the distant universe that we occupied during the expedition. It is reminiscent of a simpler world in which humans are only a small part of the natural order. We were passive observers of creation and destruction as life hummed around us, preserving a delicate equilibrium in one of the harshest climates on Earth.

On this journey I watched nature create, sustain, and destroy. It is raw yet elegant, graceful yet devastating, uplifting yet humbling. I still brim with these seemingly upside down contradictions, and now can only ask myself a single question — how can mankind’s fleeting existence ever exert any kind of control over such a superior force?

The closing lines of a poem by Walt Whitman succinctly capture the feeling that the expedition instills:

Answer: That you are here—that life exists and identity,

That the powerful play goes on, and you may contribute a verse.”

Gaurav Kikani is from the United States, residing in New York. While he works in finance with a focus on company creation, his other interests in science and politics have kept him closely engaged in the discourse around climate change. Read his personal blog about his Antarctic experience HERE.

Before you go...
Join the Circle!